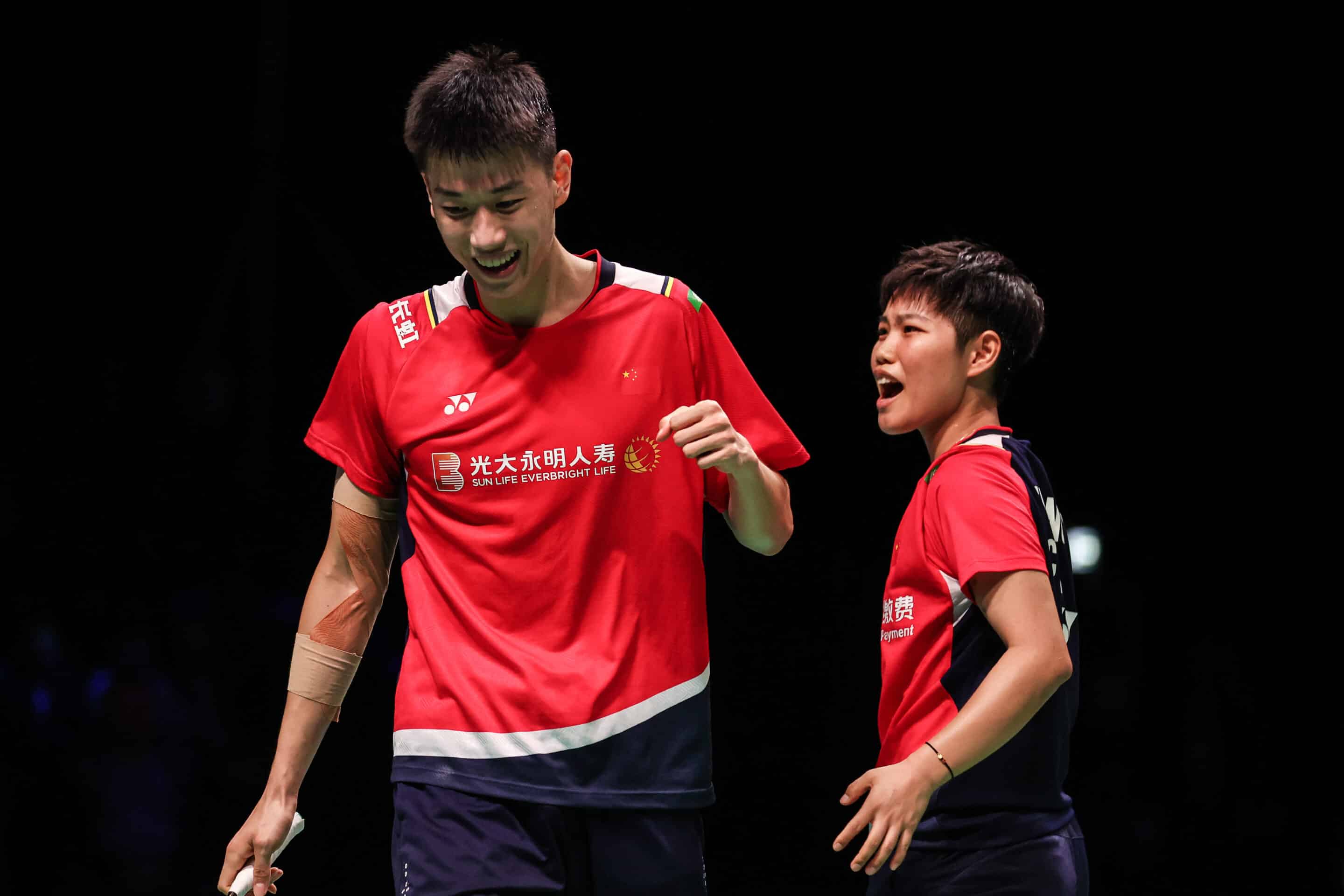 Read who made it to the last day of DENMARK OPEN presented by VICTOR.

In two of this year’s five Finals, the finalists are all Chinese. China is also represented in the Women’s doubles and Men’s singles tomorrow.

An Indonesian match waits in the Men’s doubles. Marcus Fernaldi Gideon/Kevin Sanjaya Sukamukjo and Fajar Alfian/Muhammad Rian Ardianto will compete for the title.

Let’s have a look at the results from Saturday.

Here are the results from the semifinals:

The Finals will begin Sunday at 12 PM. 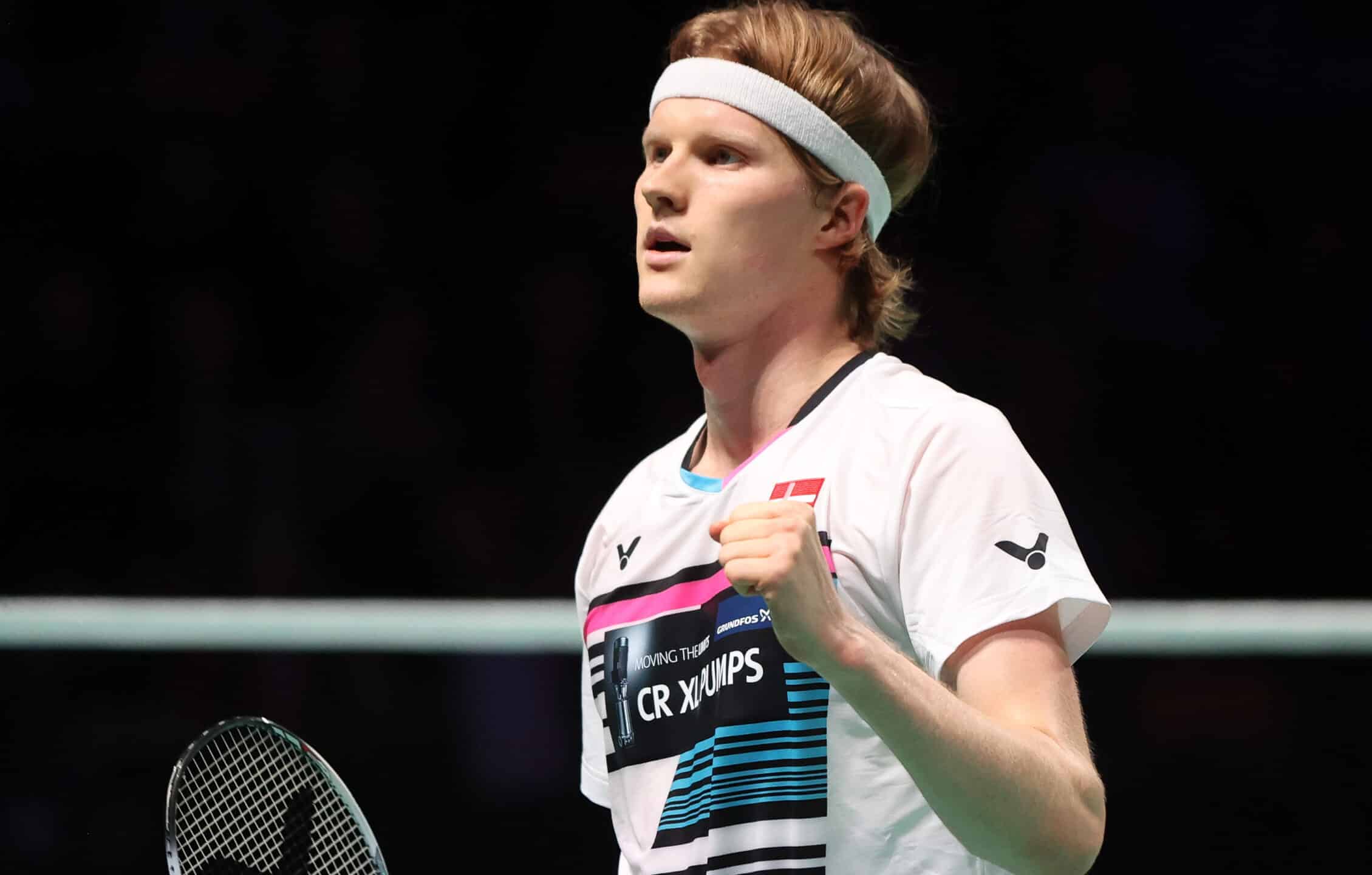 This year’s DENMARK OPEN presented by VICTOR will be an exciting one for the Danish stars. The draw has just been published and it is not kind to the Danish players, and they will all have to perform at their top level to move on to the second round on home soil.

World champion and homeboy Viktor Axelsen (1) will face his World Championships 2022 final opponent Kunlavut Vitidsarn in the first round. Anders Antonsen (3) is up against Shi Yuqi, while Rasmus Gemke is going to compete against Kenta Nishimoto who has looked strong in his last tournaments. At last, Hans-Kristian Vittinghus got the chance to get his first win against Jonatan Christie (8). So be ready for thrillers of first round matches in the men’s singles category.

The world’s second-oldest international badminton tournament also offers some sweets in the women’s singles. See it through Danish spectacles Mia Blichfeldt and Line Kjærsfeldt could make some great victories if they are able to win against Carolina Marin (4) and the winner of last year’s edition, Akane Yamaguchi (1). Blichfeldt got her first and only win against Marin at Denmark Open in 2018. Maybe it is up for second win for the Dane.

On paper, Line Christophersen and Julie Dawall got some good chances to qualify for the second round, as they will play against Pai Yu Po from Chinese Taipei and Yvonne Li from Germany.

Of course, as a Super 750 tournament there are so no easy matches at DENMARK OPEN presented by VICTOR. But for Maiken Fruergaard/Sara Thygesen the draw is though. On the other side of the net Japanese, All England 2022 winners Nami Matsuyama/Chiharu Shida (3) are waiting in the first round. But in the only match between the two doubles, the Danes won in three games back in 2018 at Dutch Open.

A new Danish women’s doubles are playing together for the first time when they go on court in Odense. Amalie Magelund/Alexandra Bøje will play together due to the injury of Magelund’s partner Freja Ravn. Magelund/Bøje are facing Treesa Jolly/Gayatri Pullela from India in their first round match.

Last year, Kim Astrup/Anders Skaarup (6) made it to the final for the first time in Odense. This year they start meeting Leo Carnando/Daniel Marthin in the first round. If they beat the Indonesians, they might be up against countrymen Daniel Lundgaard/Mathias Thyrri if they beat the Popov brothers. In the other end of the draw, first seeded Takuro Hoki/Yugo Kobayashi, who won Denmark Open last year, awaits Lasse Mølhede and Jeppe Bay.

In mixed doubles, Mathias Christiansen/Alexandra Bøje are back after an injury for Christiansen. The Danes must play their best and be back in shape to go through to the second round. Because in the first round Tan/Lai (8) from Malaysia will be on the other side of the net.

Mikkel Mikkelsen/Rikke Søby versus Yang Po-Hsuan/Hu Ling Fang is the last match with Danes participating. That will be a difficult match as well.

These is just some of the matches in the first round of DENMARK OPEN 2022 presented by VICTOR. Players like Kento Momota, Lee Zii Jia, Kevin Sukamuljo/Marcus Gideon, Tai Tzu-ying and Zheng Siwei/Huang Yaqiong will also be on court in the first round.

Here is an overview of the Danish matches at DENMARK OPEN 2022 presented by VICTOR:

The ticket sales for DENMARK OPEN 2022 presented by VICTOR is now on. Go to ticketmaster.dk to get your ticket before it is sold out.

Finally, it is possible to secure your access to the unforgettable badminton adventures, that the DENMARK OPEN 2022 presented by VICTOR can provide.

Although the ticket sales has just kicked off, you have to be fast. Recent years, different ticket types have been completely sold out in just a few flashes.

The ticket sales is on via Ticketmaster.dk, and as it looks for now, everything about the event will be back to normal as it was prior to Covid-19.

In other words, signing autographs, Kids Zone, competitions and VIP Zone will be available, and so will all the greatest stars and icons of the badminton world!

See you in Odense, once again, this October from 18-23 in Jyske Bank Arena! 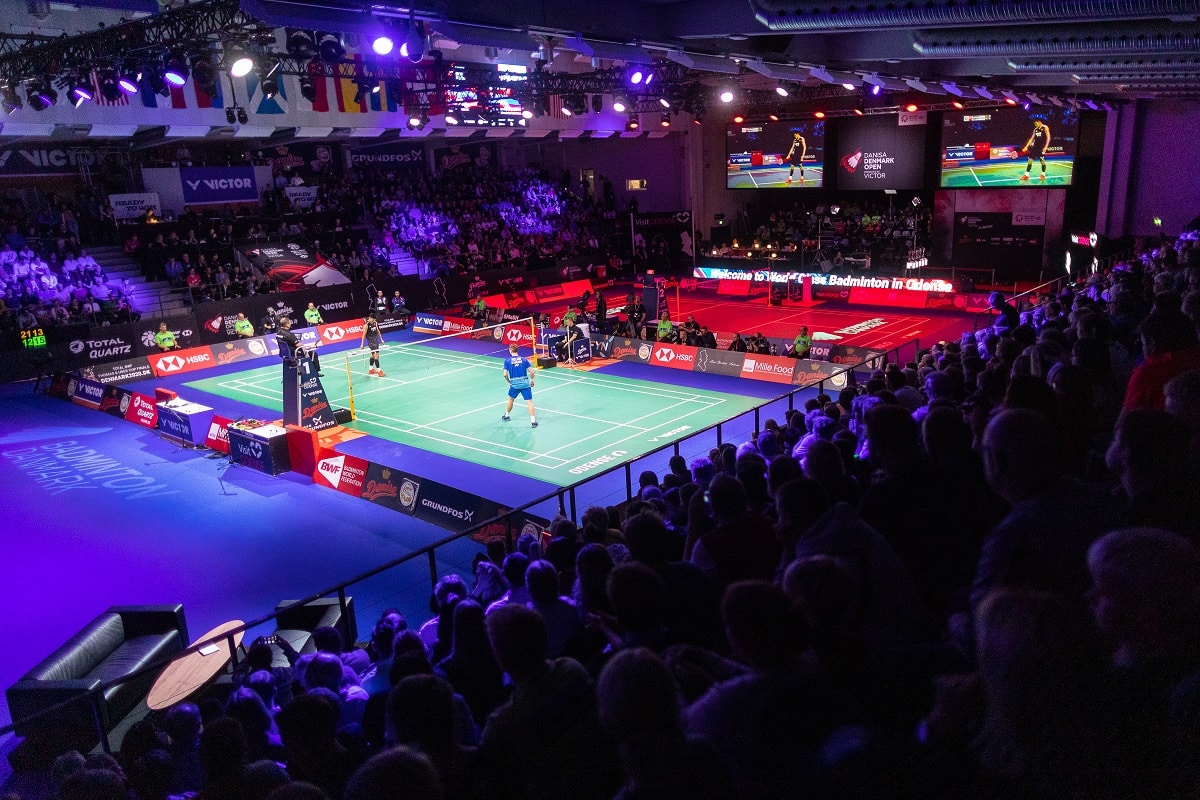 Destination Fyn, Odense municipality, and Badminton Danmark have extended the contract which means that the world’s second oldest badminton tournament VICTOR DENMARK OPEN remains in Odense until 2026. But from 2022 the World Tour Super 750 tournament moves from Odense Idrætshal to Jyske Bank Arena in Odense.

Badminton fans from around the world do not have to change their itinerary to visit VICTOR DENMARK OPEN in the future – not that much at least. The big tournament will stay in Odense but moves a few kilometers to a bigger arena called Jyske Bank Arena.

That means that even more badminton fans get the chance to watch Axelsen, Antonsen, Momota, Sindhu and all the other badminton stars live in the city of Odense.

– This is a unique platform to both present badminton at the absolute highest level, attract tourists from home and abroad, and at the same time make important business contacts to Asia – to the great benefit of Odense’s local business community. That is why it is incredibly good news that together with Destination Fyn we have succeeded in securing the hosting of such a large sporting event, says the mayor of Odense Municipality, Peter Rahbæk Juel.

Badminton Denmark, which has experienced great interest in the Denmark Open hosting from other parts of the country, is pleased that the parties are looking into a crystal ball with five years full of exciting new opportunities in Jyske Bank Arena.

– It was far from a given that we should stay in Odense, now that Odense Idrætshal has so obviously become too small for the event. However, we greatly appreciate the cooperation with both the local volunteers, the authorities, and Destination Fyn. The common experience we have built up over the years around the event is incredibly valuable to be able to build on, says Bo Jensen, director of Badminton Denmark.